For those of you that know Steve, you’ll know that he has spoken extensively about his experiences with dyslexia and creativity. Dyslexia has always been Steve’s biggest advantage; it’s helped to shape his career and inspired a clear communicative approach for businesses who have worked with Steve Edge Design to develop their branding.

To fly the flag for dyslexia awareness, Steve’s portrait featured as part of the Dyslexia: Beautiful Minds exhibition from the Inside Out Project. The art project aimed to change the negative connotation associated with the word dyslexia and champion its recognition as a hyperability, rather than a disability. 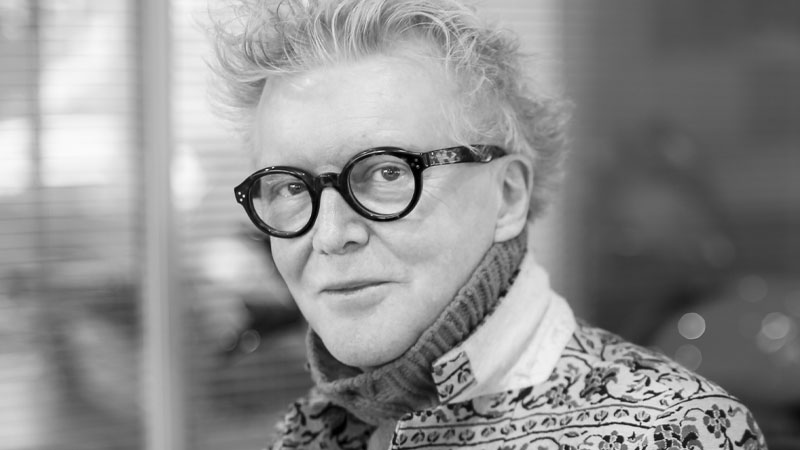 The exhibition showcased some of the most influential visionaries and dyslexic thinkers in history, alongside everyday people. It celebrated the community through a display of 138 portraits of dyslexics who have been successful across a range of industries, including art, design, science, and sport. It also intended to recognise the strengths that come with being dyslexic, like heightened creative skills, alternative problem solving and the ability to see things in three dimensions.

Created by the artist JR, the Inside Out Project platform gives communities the opportunity to turn their untold stories into a public work of art and spark global change locally. The project has reached people around the world and has created over 2,000 actions around a variety of topics, such as feminism, diversity, racism, education, children’s rights, and climate change.

It is estimated that 1 in 10 people in the UK has some degree of dyslexia, but unlike a learning disability, intelligence isn’t affected. Dyslexia is often seen as a unique way of thinking as it changes the way millions of people read and understand information.

To continue to show his support for the cause, Steve has also announced that 20% of the profits from products purchased on the Steve Edge Shop will be donated to a dyslexic charity of his choice. To view the range of products available on the site, visit our shop.

For more information about the exhibition, people can visit the project here.